You are at:Home»News»European Commission announces the release of the Code of Practice on Disinformation
By Redazione MediaLaws on Giugno 16, 2022 News 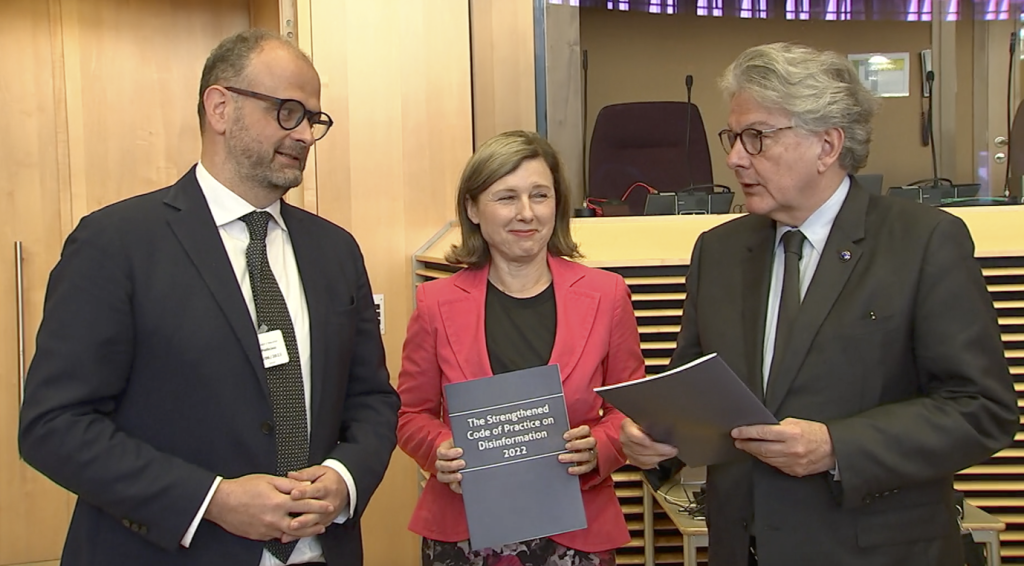 MediaLaws is pleased to announce that the ‘Code of Practice on Disinformation’ was released today. The Code represents the first co-regulatory tool on disinformation and brings together several industry players who have voluntarily signed up for the proposed measures to counter disinformation. The current Code is the result of a review that was coordinated by Prof. Oreste Pollicino as honest broker. Professor Pollicino delivered the Code to the European Commission Vice President, Věra Jourová, and to the Single Market Commissioner Thierry Breton, on behalf of the 34 signatories.

The drafting process was facilitated by VVA and Dr. Giovanni De Gregorio.